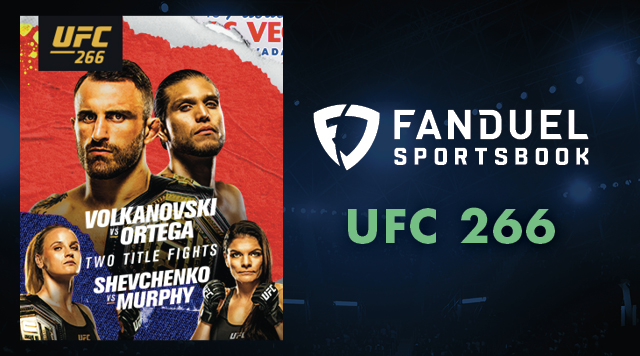 Volkanovski won the featherweight title from Max Holloway in December 2019 and successfully defended it when he took a controversial split decision in the rematch. He is currently riding a 19-fight winning streak. Ortega was sidelined after losing a title match against Holloway in December 2018 but returned this past October to pick up an impressive win over Chan Sung Jung, punching his ticket to a title shot.

In the co-main event, Valentina Shevchenko looks to continue her run as one of the most dominant champions in the UFC when she defends the flyweight championship against Lauren Murphy. Shevchenko's only UFC losses have come against Amanda Nunes and she has five successful title defenses. Murphy will receive her first title shot inside the UFC after going on a five-fight winning streak.