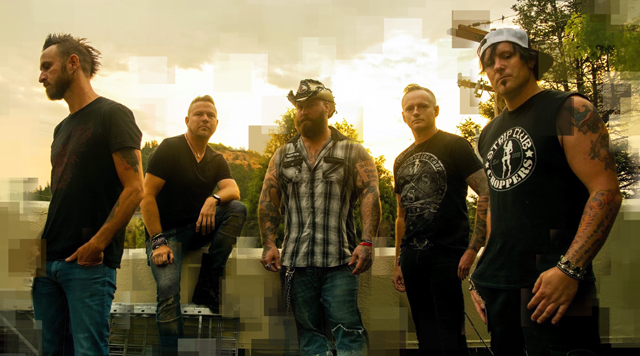 Saving Abel, a solid rocking five-man group with rich vocals out of Corinth, Mississippi, was formed in 2004. Their southern rock hooks, contagious melodies and dominating guitar solos have been burning up the charts since their debut LP, Saving Abel, in 2008. Reaching top 40 and hitting number one on several charts with their debut single “Addicted," these boys have been a force to be reckoned with ever since. The platinum selling single helped sell over 750,000 copies of their first record and charted two more top 10 hits with “18 Days,” and the fast track rock song “Drowning (Face Down).”

Their second album, Miss America, also topped the Active Rock and Hard Rock charts, and stuck out again to every listener and fan with the infectious melodies delivered. The principal single “Stupid Girl (Only in Hollywood),” showing the darker side of fame, started the charting machine all over again. The raw and catchy, “The Sex is Good” hit the top 10 on several charts, followed by the heartfelt explosive title track “Miss America.”