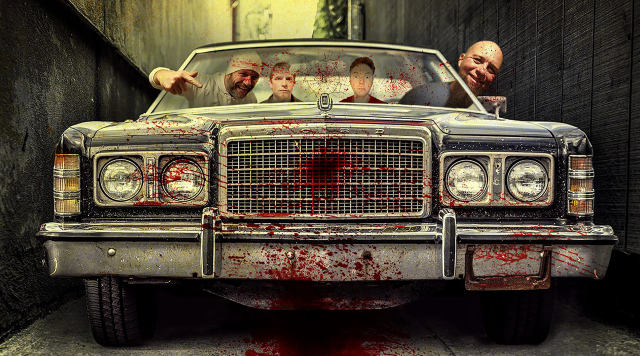 October 1, 2022 • 8:00pm Mississippi Moon Bar No Cover Charge Facebook(Opens in a new window)
Ratchet Jaw, a Dubuque favorite, has a vast catalog of music from grunge, metal, rock & roll to classic rock. While influenced by various bands, they continually adapt to their audiences. While predominately a cover band, they recently released their first album called Clouded By Deception which is out now. The band covers a variety of artists such as Alice in Chains, Foo Fighters, Nirvana, AC/DC, Smashing Pumpkins, Metallica, Pearl Jam, The Cure, and even Elvis.