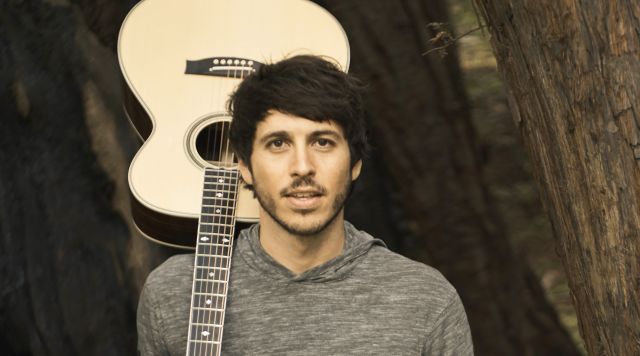 The December 11 performance date has been postponed to 2021, final date to be determined. Previously purchased tickets to the postponed show will be honored on the new show date once announced. Guests who are unable to attend the new show date will be offered a refund by calling 563-690-4754 or emailing MartyMaiers@boydgaming.com.

​When Australian singer/songwriter Morgan Evans released his self-titled debut album in 2014, it was the culmination of a musical journey that began when he started his first band at the age of thirteen.

It’s a journey that has seen the country-rocker tour with superstars like Taylor Swift and Alan Jackson, play to over 50,000 people in Nashville at the world’s biggest country music festival and build a large, devoted following as he’s played the length and breadth of his native land and across the USA.

In 2013, after releasing two hit EPs that yielded three #1 singles, Morgan was named New Oz Artist of the Year at the CMC Music Awards. The fan voted award solidified his status as the hottest young performer in Australian country and was followed by four more trophies over the next two years, including back-to-back Male Oz Artist of the Year awards.

The album, released in March 2014, immediately shot to #1 on the iTunes and ARIA Country Album Charts and debuted at #20 on the ARIA Mainstream Album Chart.

The impact of the acclaimed album has been immense – 3 #1 singles including "One Eye for an Eye," "Best I Never Had," and record-equaling "Like A Tornado," and his first APRA nominations. The release also garnered international attention, leading to an invitation to return to Nashville’s massive CMA Music Festival and perform at the legendary Grand Ole Opry, which prompted William Morris Endeavor – the world’s largest talent agency – to sign Morgan up for international representation.

Morgan’s charisma and talent for engaging audiences led to his signing as the face of Foxtel’s Country Music Channel, which has already seen him nominated for an ASTRA Award and a TV Week Logie Award – a first for an Australian country music star. He hosts television coverage of the CMC Rocks music festival, artist interviews and the CMC Music Awards. He was joined in 2016 by international co-host Kelsea Ballerini for the live national broadcast.

In 2015 Evans was awarded the prestigious CMA Global Artist Award. The award recognizes outstanding achievement by an international country star in furthering the popularity of country music in their home country. Morgan joins an exceptional list of previous winners including Tommy Emmanuel, Kasey Chambers and Lee Kernaghan.

Since then, Morgan has his sights set once again on Nashville, relocating to Music City where he has been writing with the A-list of songwriters for his upcoming US debut release and recently made return performances to CMA Music Fest and the Grand Ole Opry