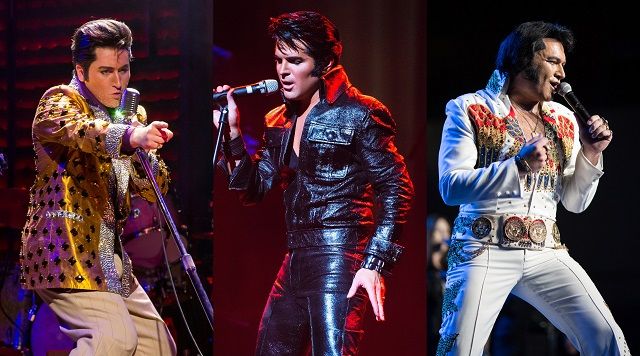 In taking additional precautions recommended by the Iowa Department of Public Health, Diamond Jo Casino Dubuque has made the decision to postpone our upcoming entertainment at Mississippi Moon Bar through June 30.

Presley's hits from the 1950’s will be performed by Tyler Hunter. Tyler was the Grand Champion of the Elvis Explosion Competition in 2012, and that same year, represented Tupelo, Mississippi in Elvis Presley Enterprises' Ultimate Elvis® Tribute Artist™ competition. Hunter is an accomplished singer, songwriter, actor, and recording artist that has appeared in several mainstream shows across the United States including "Legends in Concert." He portrayed the role of young Elvis Presley in the national tour of the Tony Award-winning hit Broadway show "Million Dollar Quartet!"

Dean Z, performing hits from the 1960’s, has paid tribute to “The Memphis Flash” in Japan, Australia, Norway, Denmark, England, across Canada and the United States. Dean earned a spot with the World’s Greatest Live Tribute Show, “Legends in Concert,” and in 2007, began headlining the show in Branson, Myrtle Beach and Las Vegas. After competing against 500 performers from around the world, Dean was named the 2013 Ultimate Elvis® Tribute Artist™ in Memphis during “Elvis Week” in a contest sanctioned by Elvis Presley Enterprises, Inc.

International multi award-winning Elvis tribute artist Tim ‘E’ Hendry, will be performing Presley’s songs from the 1970’s. For over a decade, Tim has traveled all over the world performing his tribute show. Hendry has been awarded champion titles of over two dozen ETA contests, including the Grand Champion of the 2014 and 2015 King Explosion Contest at Diamond Jo Casino.